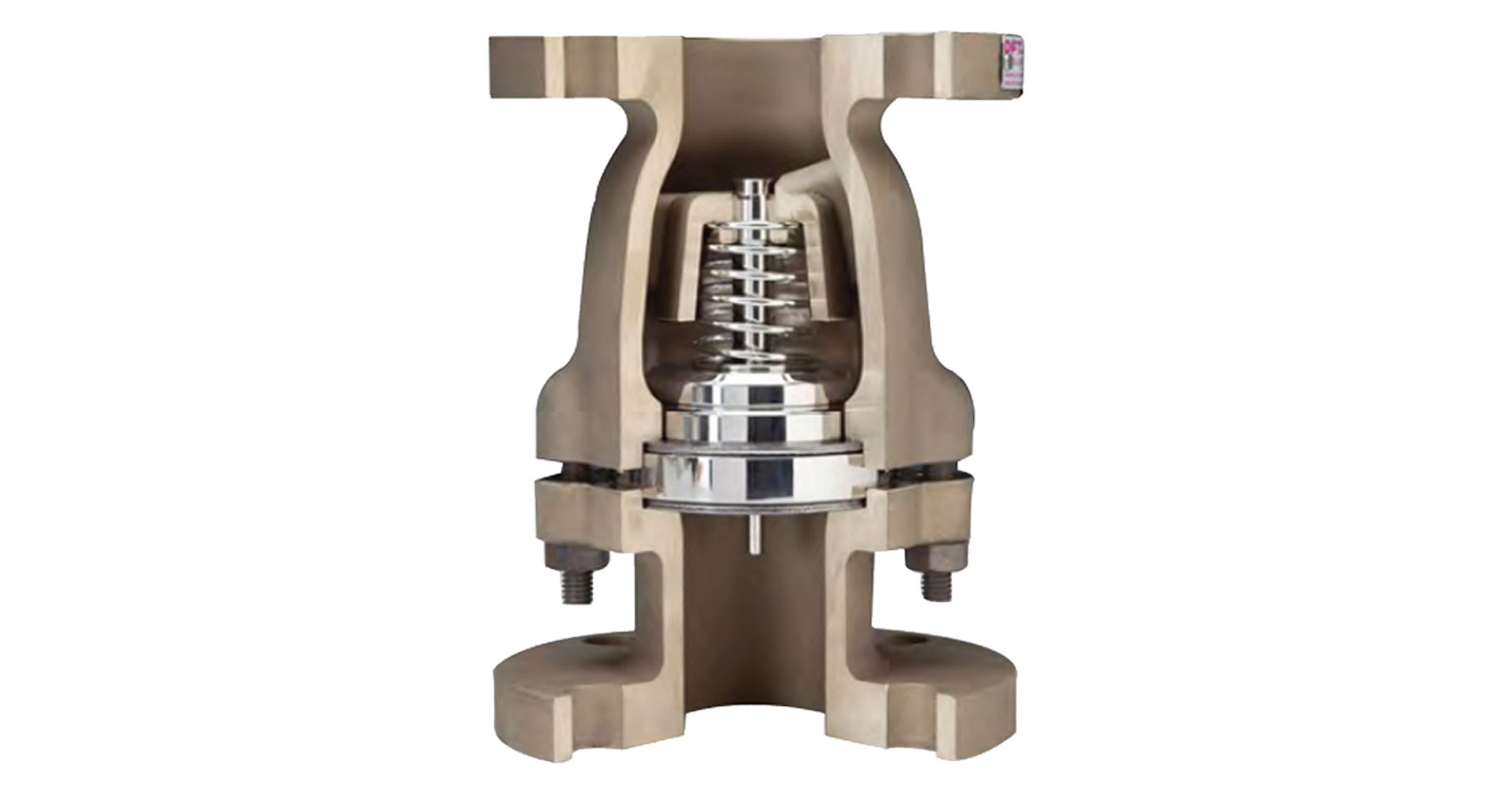 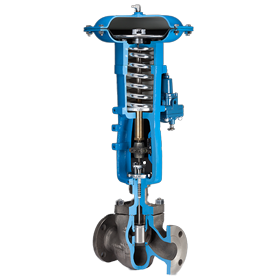 DFT®‘s control valve offers a straight-thru design with a non obstructed flow with no abrupt changes in the flow path. See our highlighted features:

In the closed position, pressure moves the ball into the conical seating surface and holds it in place. Line contact between the ball and the seat results in high surface loads between the seat and the ball producing tight closure. As pressure increases, the seat load increases improving the seal. During each valve stroke, the ball rotates and repositions itself presenting a new sealing surface to the seat, prolonging the tight shutoff capability. Temperature changes do not affect the tight shutoff since there is freedom of movement between the ball and the seat. The ball cannot become wedged into the seat. The guide pin is used to set the valve position. During normal operation, it has no function.

In the full open position a Straight-thru flowpath exists and the valve operates with the inherently high flow capacity of a venturi. The ball is firmly held out of the flow stream by four inclined pads on the cage which oppose the pressure differential force. The Bernoulli pressure differential moves the suspended particles towards the center of the fluid stream, preventing them from settling out into the body. This keeps the valve clean and free of material deposits in all positions during the valve stroke.

As the valve opens, it operates in the close throttling position. In this position, the ball is supported by the two forward inclined pads on the cage and the seat surface which oppose the pressure differential force caused by the Bernoulli effect. The ball is supported and stable throughout the valve stroke and does not pinwheel or chatter. 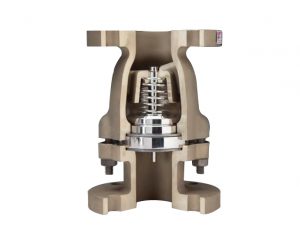 DFT®‘s silent check valves are known around the world as the valve to use for preventing or eliminating Water Hammer problems.

WATER HAMMER is the generation and effect of high pressure shock waves (transients) in relatively incompressible fluids. Water hammer is caused by the shock waves that are generated when a liquid is stopped abruptly in a pipe by an object such as a valve disc. Symptoms include noise, vibration and hammering pipe sounds which can result in flange breakage, equipment damage, ruptured piping and damage to pipe supports. Whenever incompressible fluids exist in a piping system, the potential exists for water hammer. The risks of water hammer developing are particularly high when the velocity of the fluid is high, there is a large mass of fluid moving and/or when there are large elevation changes within the piping systems.

Since the swing check must rely on gravity and/or fluid flow to help it close, flow reversal must occur before closure begins. When the swing check finally closes, it abruptly stops the flow and causes a pressure surge resulting in shock waves. These shock waves continue until the energy generated from this sudden action dissipates. The figure below displays typical pressure curves after closure of a check valve.

These high pressure waves act against the piping and the valve, exerting very high forces. This causes severe stress on the metal and vibrations in the system. If the system is not designed to withstand these high transient forces, the pipe could rupture and/or other components in the system, such as pumps and valves, could possibly be damaged.

These problems can be eliminated or greatly minimized by installing a spring assisted silent check valve. Silent check valves do not rely on gravity or fluid flow for their closure. Instead as the forward velocity of the fluid slows, the spring assist on the valve starts to close the disc. Due to the spring assist and the relatively short distance the disc must travel, by the time the forward velocity has decreased to zero, the valve disc has reached the seat and the valve is closed.

With reverse flow eliminated, the forces necessary to produce water hammer on both the upstream and downstream sides of the valves are substantially eliminated as shown on the right side of figure shown above.